I am a freelance cinematographer currently living in Los Angeles, California. I’ve been shooting for a little over a decade, and my work ranges from Corporate and Industrial to Narrative and Abstract! I’ve had the good fortune of meeting and befriending a large number of talented filmmakers across the country, and working with them has given me the knowledge and experience necessary to execute wildly diverse visual styles. I’ve shot internationally on high budgets and low budgets, with A-list and No-list talent, and I am more than capable of dealing with the logistics and unique circumstances that come with both environments.

Outside of camerawork I build computers, do motion graphics, use ham radios, fly airplanes and hot air balloons, and SCUBA dive! If you feel that your project is a match for me, I would love to hear from you! 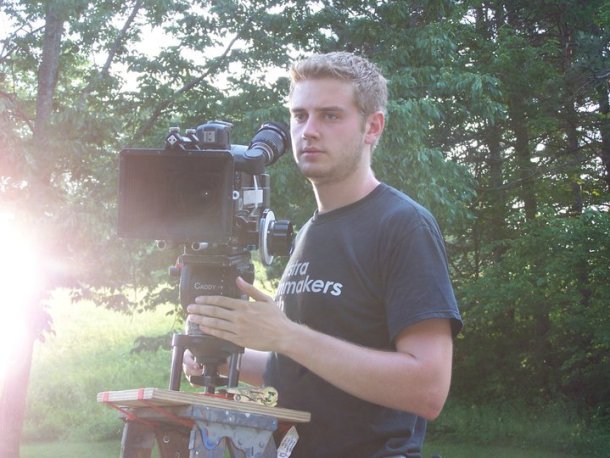 If your production hasn’t settled on a camera kit yet, I can help! I own a full camera package, ready to roll onto set and start working. My kit includes:

For a complete kit/gear list send me a message!

If you’re deadset on using a different camera platform, I have numerous relationships with Owner/Ops and Rental Houses alike. I can get us anything from RED to an FS7. We’ll fit the package into your budget so you can get the best image for the best price!

I’ve shot a few features, and several dozen short films. I know narrative! Whether you’re looking for a single-scene introspective drama or an ‘inject popcorn directly into my veins’ action-packed thriller, I can deliver! That goes for music videos, too! They have the special quality of being visually liberating, and I am no more happy than when I get to stretch my cinematic muscles on a music video project.

I have shot several documentaries both in the US and internationally, and I take pride in my ability to capture the truth of a situation as closely to reality as possible while still maintaining an impressionable and appealing visual style.

I’ve worked with small start-ups trying to craft an identity as well as full-fledged mega corporations looking to reinforce theirs. If you have a product or a message, I can help you put it on the sensor!

I’ve done corporate and industrial projects both internally and publicly for a wide range of companies ranging from nursing homes, to university hospitals, all the way up to some of the world’s biggest brand names. I can keep the project looking good and feeling fresh while sticking to the requirements handed down from above!

With dozens of effects-heavy scenes in the can, I am well versed in working on set with VFX Supervisors for green screen, set replacement, rotoscoping, tracking, and more.

I am a certified open water SCUBA Diver, and I have operated underwater with a variety of cameras and rigs ranging from 5D to Alexa, to 35mm! If you need to get the camera underwater, there’s no need to hire a second DoP!

I’m a licensed pilot with lifelong experience in and around aircraft of all types. The only place I feel more at home than behind a camera is in the air! I am familiar with standard gyro-stabilizing mounts and will work with you and your team to get the best visuals possible with our eyes in the sky!